A visit to a Kent HGV workshop led to a lot more than just hefty repair bill after staff at the facility notified the DVSA about a tachograph hack. 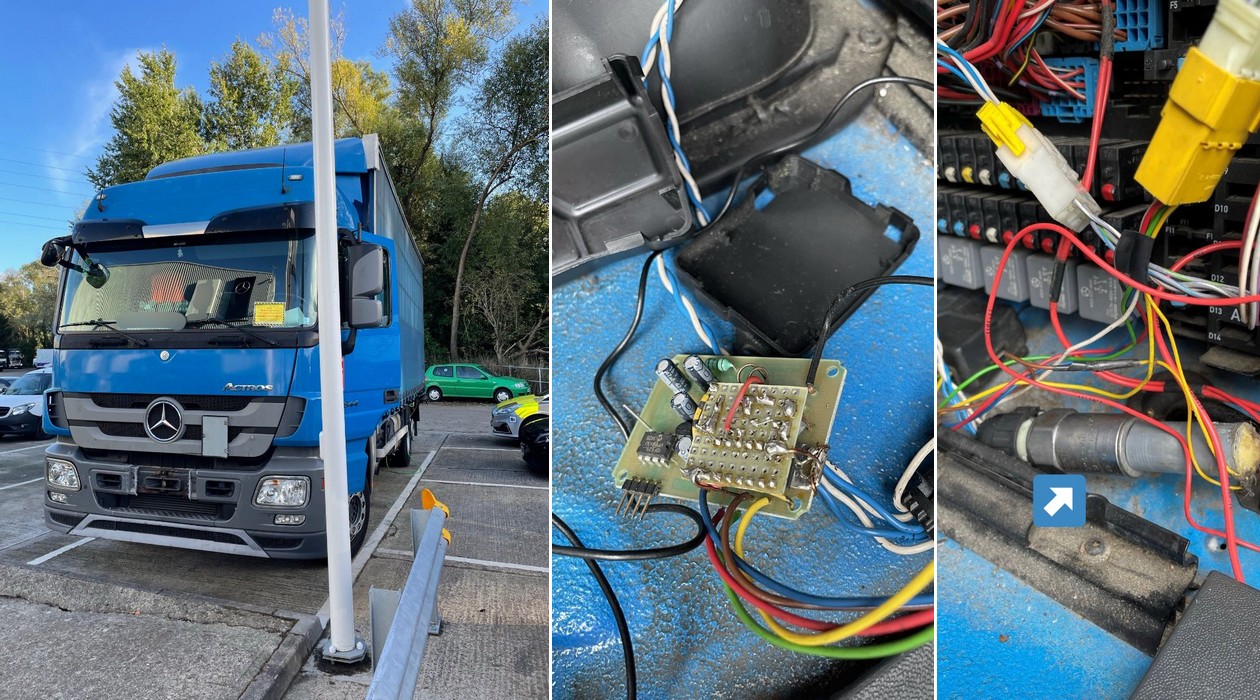 Most of the time these illegal hacks are discovered during roadside HGV inspections. However, in one case recently referred to by the DVSA, the discovery of the manipulation device occurred at a workshop.

Writing on Twitter yesterday, the DVSA said that a HGV had been driven to a Kent workshop in order to remedy electrical faults.

The staff at the workshop soon learned that the lorry’s electrics had been rewired so as to wire up a switch-based tachograph manipulation device.

A caption attached to one of the images uploaded to Twitter states that the truck was fitted with a modified sender unit that’s usually attached to the gearbox.

To the credit of the workshop, rather than keeping schtum about the discovery and just picking up the cash for the repair, the DVSA were contacted.

Examiners then visited the workshop and issued prohibitions (presumably to the driver and haulier, we have asked the DVSA for confirmation of this).

In addition to this, the examiners ordered the fitting of a completely new tachograph system before the lorry could hit the road again.