You can read this article in 6 minutes

The build up to this year's Fifa World Cup in Qatar was dominated by allegations of migrant construction workers being mistreated in the country. What about lorry drivers though? To get at least one driver's first-hand experience, we contacted Novalife Global Recruiters, who help HGV drivers with experience working in the Middle East find work in Europe. 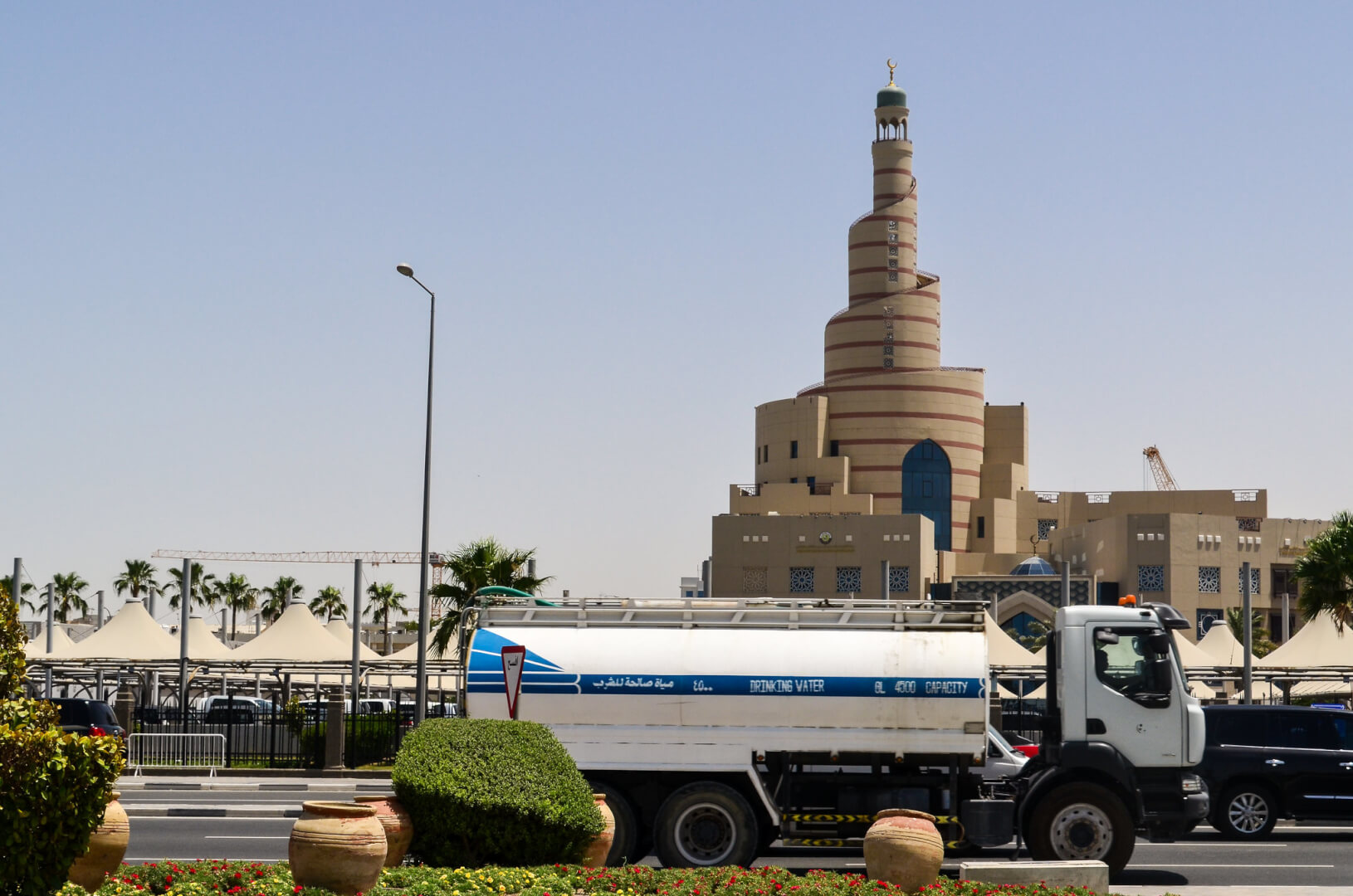 Through Novalife Global Recruiters, we were able to hear from Abhilash, a lorry driver who heralds from the Karnataka region in Southern India.

He now works in Latvia having come across Novalife Global Recruiters on YouTube and gone through the agency’s screening process for working in Europe.

Abhilash worked in the Indian city of Bangalore as a truck driver for over 5 years before getting in touch with an agent who helped him find work in Qatar.

The agency sorted Abhilash’s visa, and he promptly accepted the job offer after hearing good things from a friend who had taken up a similar offer via the same agent.

Despite the negative headlines regarding the treatment of migrant workers in Qatar, in Abhilash’s case at least, he has little complaints about his stint in the Gulf state.

“Once I reached Qatar, the company helped me with submitting my documents to the Road and Transport Authority in Qatar. Within a week, I was able to clear all the legal formalities and begin my work shortly,” said Abhilash.

Whilst in Qatar, Abhilash drove both trucks and buses based on his employer’s requirements. He said he was provided with “everything the company had promised”, including food and accommodation.

The lorry driver also offered the following account of his time in Qatar:

“Not just me, but all the drivers were treated well. At least this was my experience and the experience of my colleagues and friends. The company owned over 400 plus trucks and buses and they were always prompt in paying our salaries and making sure that our needs are taken care of. They made sure that they provided us with uniforms and with sweaters during the winter seasons.”

“The timings [driving times] were convenient for all the drivers and as per the Labour law of Qatar, the driving hours were regulated accordingly too. We had sometimes shift based schedules and that helped to balance work and rest periods.”

Abhilash worked for a state-owned firm during his time in Qatar, which he said had “well maintained vehicles” with “the latest technology” installed.

Despite seemingly having no complaints about his work in Qatar, Abhilash decided to up sticks and work in Europe when the opportunity presented itself.

He has now completed his CPC and is working for a Latvia-based road transport firm.

“I wanted to improve my life situation and my career. I researched and saw a lot of videos with regards to trucking in Europe. I saw that Europe had the means to provide a better pay scale, better lifestyle and growth in my career. And it was through this research that I saw the videos of Novalife Global Recruiters on their channel, and got in touch with their team and Mr. Monal [the CEO and Founder – Novalife Global Recruiters], who personally took the initiative to help me out through the whole process. Even after arriving in Europe, he continues to guide and support me and all other drivers who are with me,” claimed Abhilash.

How does the working experience in Qatar compare to Europe? Abhilash says the biggest difference in the Baltic state is that very few people speak English compared to Qatar. As one might expect, Abhilash finds the climate to be very different too.

“Personally, I don’t find it hard to adjust to any new environment or culture. I cannot speak for everyone, but I have been able to gradually fit in quite well in Latvia. That said, I do find the weather a little colder than what I’m generally used to, but I believe in time I’ll be able to get used to that too,” said Abhilash.

The Bangalore trucker nonetheless warned that life isn’t a bed of roses for every lorry driver coming to Europe. He said there were misconceptions among some of his compatriots that the process is always straightforward. “Everyone thinks that the process is easy and fast. It is not that simple, and for each candidate the process is different,” he explained.

Before starting his work in Europe, Abhilash naturally had to obtain the required qualifications for driving lorries in the EU. This, of course, includes the CPC exam.

The Indian lorry driver was full of praise for the trainers who helped him pass the exam, describing them as being very understanding of his and colleagues arriving in a new country.

Interestingly, he said that the exam was translated from Latvian into English, something that is not yet legally possible in some EU nations like Germany.

“I have just recently completed my Code 95 [CPC] exam and I have cleared it too. The training is usually conducted in Latvian or Russian, but our company appointed a translator to interpret in English. And even during the exams, the translator helped translate the questions for us and so I was able to perform well for the exam,” said Abhilash.