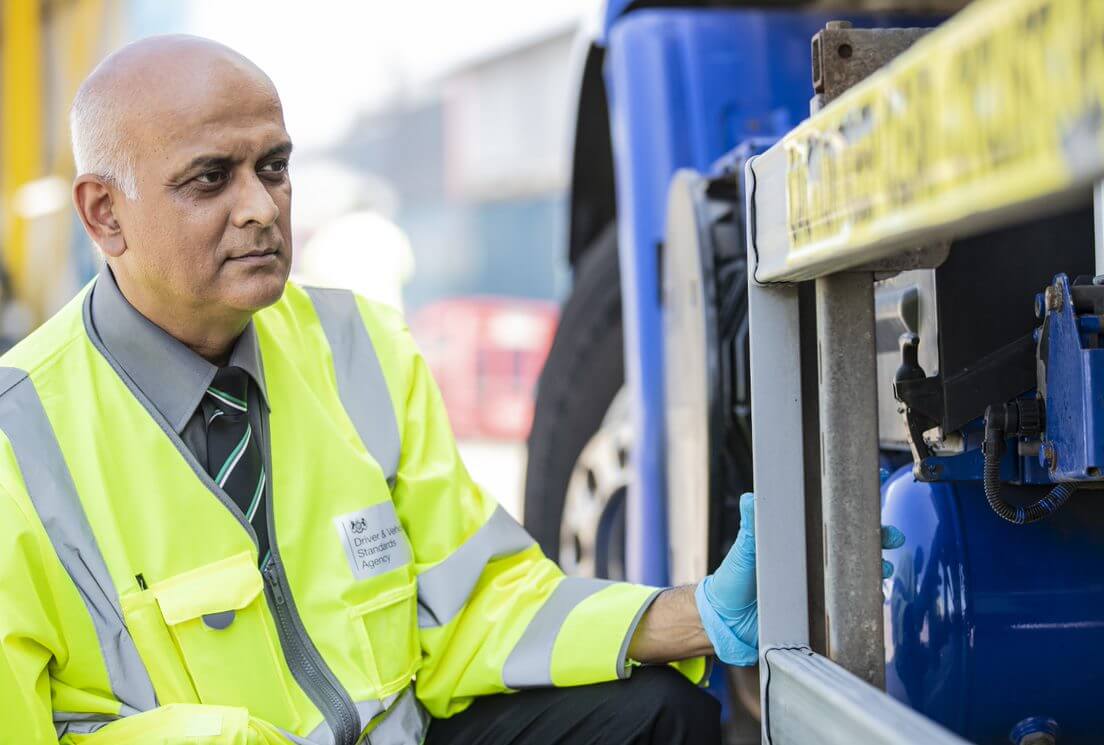 Photo: DVSA
At the end of November, the DVSA had warned of strikes causing disruption to driving tests, including lorry driving tests. However, now it has emerged that more DVSA staff who are members of the Public and Commercial Services union will go on strike.

This includes traffic examiners and vehicle examiners, both of whom are involved in undertaking roadside vehicle inspections.

The DVSA says the strikes will affect driving test centres in different parts of Great Britain at different times.

In addition, East of England, East Midlands and West Midlands will be affected by strikes from Wednesday 28 December to Saturday 31 December, and Tuesday 3 January. Finally, in London, south-east England, south-west England and Wales, the strikes will begin on Wednesday January 4th and end on Tuesday January 10th.

When it comes to MOTs, the DVSA says people should go to their vehicle test appointment as planned if it’s on the date of strike action.

“Not all DVSA staff are PCS union members, and even if they are, they might choose not to go on strike,” reads the final sentence of the DVSA’s statement.