You can read this article in 9 minutes

Earlier this year, Bulgarian haulage and logistics outfit Discordia celebrated the landmark moment of its trucking fleet reaching the 1,000 mark. Since then, despite the many challenges faced in the sector, the company has seen that number grow by over 300. 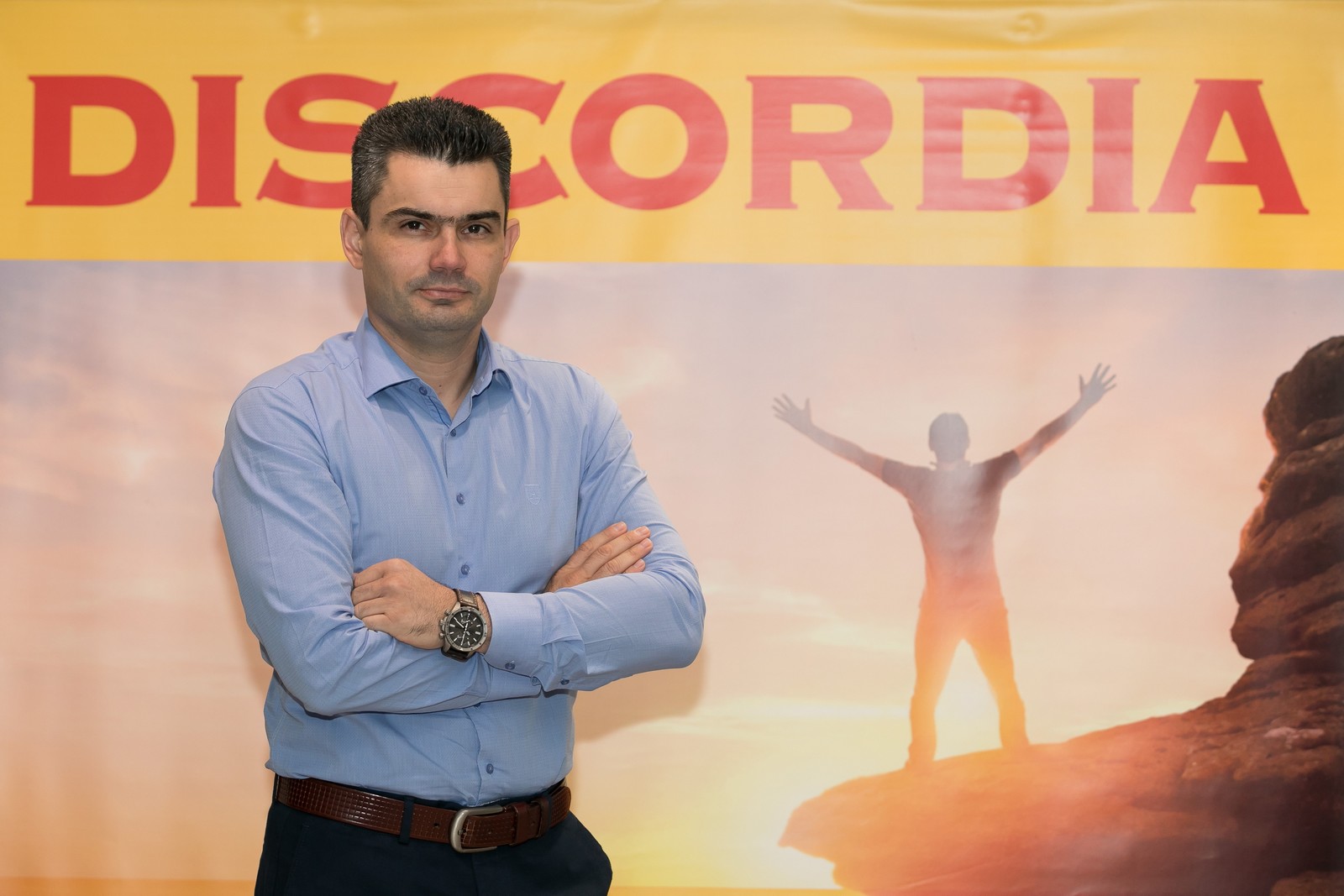 One of those aforementioned challenges has been the European Union’s Mobility Package, a new version of which was introduced this year. The changes, including the much-talked-about return of trucks rule, were heavily criticised by road transport associations in both Bulgaria and Romania.

However, Dimitar Sekulov, Director of Discordia’s International Trucking Division, has told Trans.INFO that the Mobility Package is actually an advantage for the company.

In this Trans.INFO exclusive, read on to find out why Sekulov believes this is the case, as well as the following:

Thanks for talking to us Dimitar. When I spoke to Discordia Deputy CEO Kalin Petrov in March, he said that if the return of trucks Mobility Package rule did not change, Discordia would “most likely acquire or establish a company in a Western European country with a highly developed economy”. Aside from an update on clarification on trailers, there have been no changes to the rule. Given this, where are you currently with regards to the plan to have an entity abroad?

In the last few years, the share of transport operations in the EU performed from Eastern European haulers’ is growing.

We are forced to be more focused on operational performance as a periphery country and this leads us to performance excellence versus the companies from the West.

Discordia is in deep research to acquire a company in Western Europe as a perspective to add more services and value for our clients.

Is it better to have an entity in Western Europe itself, as you have proposed, rather than having one in a Central European country right on the border of Western Europe? A number of Lithuanian companies, for example, appear to have gone down the latter route as they have found it easier to employ drivers from outside the EU in countries like Poland.

The drivers’ flow is from East to West. To move a company from Eastern to Central Europe gives you some advantages, but you are in the middle, so this move does not solve the problems at all. Discordia has a different approach and our strategic plan does not include such a move.

The drivers’ shortage in the EU should be considered by the politicians in the EU at strategic level. The Mobility Package was created to solve the problem locally in the EU serving Western European companies, but it is not enough.

We need to think globally how the EU can be competitive to keep our drivers here. Instead they are going to the UK and the USA as an example. The same situation is with drivers from outside of the EU – they should have a reason to choose Europe instead of the USA, where they will be paid four times more for the same job.

Are you observing any patterns in the modal shift? You do of course provide rail freight transport besides road. There has been a desire to shift to rail for environmental benefits as well as the HGV driver shortage. However, in recent times I have seen reports of high electricity costs driving a return to road freight in some locations.

Here the situation is really upside down. In my role as a director of our international trucking division, this mess suits me.

In our region we have a very poorly developed rail network which is extremely insufficient to meet the high demand.

Actually, the general rail cargo in the region has almost stopped due to high demand for the transporting of coal. How this situation fits to decarbonization in the EU and “Fit for 55” is really hard to understand.

Earlier this year I saw a lot of criticism from the Bulgarian haulage industry regarding the government’s decision to implement additional road tolls for lorries. What is Discordia’s position on this, and how have the tolls impacted the industry since they were introduced?

We fully agree to pay fair tolls. However, the industry here has some considerations regarding the coverage, pricing method, transparent management as well as funds spending.

Of course, these are drive-related direct costs which we forward to our clients. Look at the end-to-end process, in fact we burden the end consumer.

We are generating inflation and increasing the EU’s energy dependence. How? We pay a high toll rate (at a German level) for poor infrastructure, consuming on average 5-6 litres per 100 km higher than in a country with developed highways.

Unfortunately for each km driven in Bulgaria, we must spend more money for toll and fuel than in Germany. This also makes our country not so attractive for transit traffic, which can generate huge income and side business.

Bulgaria and Romania are Schengen ready. Not from yesterday, long time ago. This is the only solution.

We highly appreciate MEP Andrey Novakov’s initiative for legislative change to reduce queues at border crossings across Europe as well as his proposal – a truck to be checked within one minute at any border between European countries.

Back in April, Discordia revealed its fleet had surpassed 1,000 trucks. As far as I am aware, this number has already increased significantly to 1,300. Given the difficulties presented by the driver shortage, how have you gone about recruiting the drivers to pilot these vehicles? Also, what additional 300 or so trucks did you purchase and what factors were key when deciding what to order?

We are constantly improving our internal policy for offering competitive conditions to our drivers with which we manage to attract and retain them.

This year we bought more than 500 trucks and the key factor for us to keep a high speed of growth was the time for delivery.

How closely are you following the development of electric HGVs? What needs to change or develop before Discordia can have the confidence to make a very large purchase order for electric trucks?

We are closely monitoring and following the new trends and developments. Discordia has even joined several development programs of our truck and fuel suppliers.

For sure, we cannot skip any of the keystones which define our solutions: network, vehicle range, as well as total cost of ownership. So, let’s see when the new developments can meet our requirements and we can talk again.

Are Discordia looking at the Asian driver market? A number of haulers in North Central Europe have already begun to do this and there are already labor agencies trying to streamline the recruitment and training process for such drivers.

We don’t have such experience, so we don’t expect a big rabbit to jump out of that bush.

The end of the year is drawing closer with 2023 soon on the horizon. What are Discordia’s hopes and ambitions for next year?

We will continue our stable growth in the same trend as in the last several years – a fleet of 1800 trucks is our target for 2023 with a turnover of 325 M EUR.