You can read this article in 11 minutes 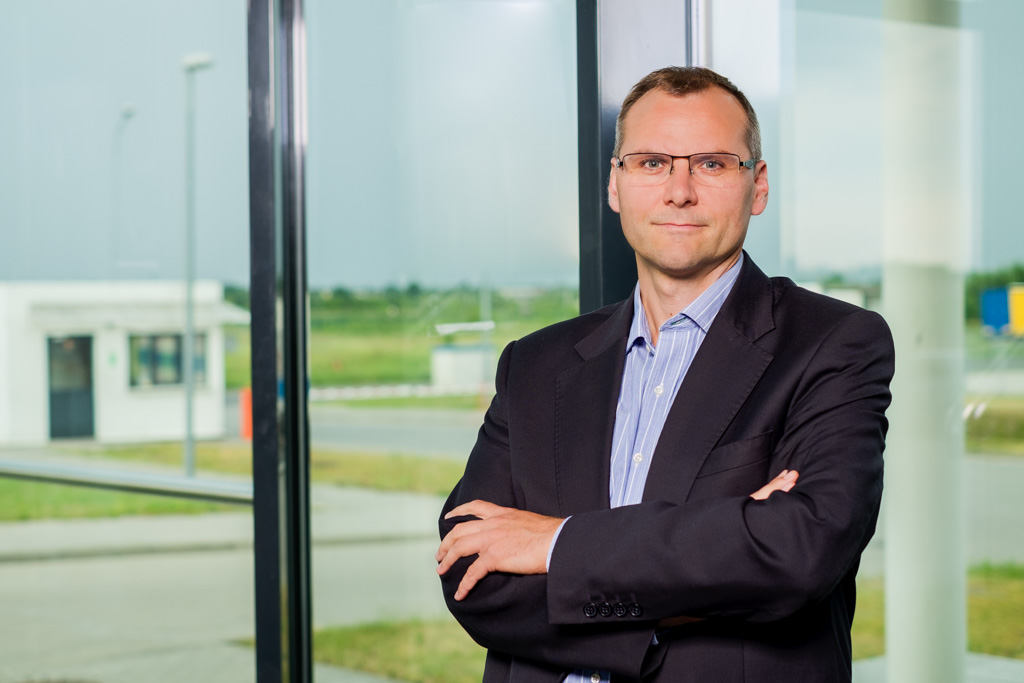 The energy crisis sparked by Russia’s invasion of Ukraine has seen households and businesses braced for a winter of energy prices at unprecedented levels. Some companies are already grappling with these increased costs, not least those operating in the energy intensive cold chain sector.

One of these firms is Poland-based Frigo Logistics, whose recent implementation of numerous efficiency savings has already failed to make up for the increase in energy costs. This naturally means costs being passed on to their clients, and ultimately, the end-consumer too.

To uncover the challenges faced by the cold chain sector in Poland at this moment in time, as well as learn about how energy efficiency savings are being made, we sat down for a chat with Frigo Logistics CEO Kristof Verbruggen.

Thanks for talking to us Kristof. First off, the energy crisis is impacting many companies, but given the nature of the energy-intensive cold-chain sector, it affects your business more than many others. In the current climate, these energy price increases can be expected. That said, given that Poland has state-owned energy companies, should businesses and individuals be right to expect a better deal than they are currently getting?

Energy prices are very high everywhere in Europe. We are not an exception in Poland. The price hikes here in Poland at the moment are even a little less severe than in some neighbouring countries.

The fact the energy companies are owned by the government gives us a little bit of hope that pricing could be steered in a positive direction. On the other hand, these are also companies who have their own P&Ls, their own budgets as well as their own economic plans for the short and long term.

I think it’s very good that the government supports consumers who are having a hard time. This little bit of extra income for families is thus very welcome and a good move.

However, for companies, there is no equivalent yet and that is perhaps something which they could consider – some support for businesses who specifically have very high energy costs.

The problem with trying to lower electricity bills is that often energy consumption and the price of energy influence the efficiency of certain businesses.

One example is frozen bread, the producers of which we work with a lot. These are large companies, many of whom have international capital. They have very modern factories producing buns, bread and other pre-baked items for supermarkets.

There are 10 or so of these large factories in Poland that send these frozen products to supermarkets for final baking. The energy efficiency of this supermarket baked from-frozen-product is much better than that in a typical local bakery. A local bakery has all the equipment, but is making smaller batches.

So the law of the market and the law of scale is being realised here – larger companies find it easier to get through the crisis. Unfortunately – some lose, others gain.

All this uncertainty doesn’t help us to secure the business. We are on the brink of making very large investments. However, if the law is constantly changing, and there is a lot of risk hanging above our head that we can’t predict, it really hinders the decision-making process of our shareholders.

You have already made a number of significant efficiency savings to alleviate the impact of price rises earlier this year. What have those changes been and how much of an impact have they made?

There is no way to completely compensate for price increases. It really is impossible.

We have very good logistics; a mix of rented warehouses and our own warehouse. With regards to our own warehouse, it’s a bit easier to make long term investments. For example, on the roof of Radomsko warehouse, our largest cold store, we have added solar panels for energy efficiency. That is enough to cover around 20% of our energy consumption. The energy price hikes we’ve seen thus concern the remaining 80%.

We’ve also made a lot of investments like installing LED lights instead of normal lights, and modifications to our cooling installation. So we’ve been able to generate some energy ourselves, as well as reduce our consumption overall.

On the flip side, we also have activities in rented warehouses. This means any decisions concerning investments are down to the property owner; we have no impact at all.

In one of our warehouses, no futures contract had been established to avoid a sudden hike in energy prices. This resulted in a price peak in the summer simply because the spot market was very high.

With energy prices continuing to rise, we expect increases. That is the reality. I assume that the whole market will be in a similar situation, because nobody will get energy at the prices we saw before.

Are there any products that you expect to be transporting less of due to the high energy prices and current economic conditions? How has the situation changed things for your clients?

We have not seen a change of assortments or product lines we handle. That’s the advantage of the food business, it is a bit more stable.

We did have a very non-typical August in terms of ice cream though. It looks like there wasn’t as much consumption as last year. If I recall the figures correctly, it was down something like 15% compared to last year, which was really surprising.

Of course, ice cream is important for us, but it’s only part of the whole assortment. What is visible now is the example that I mentioned before concerning frozen baked goods producers.

They aren’t storing so much because the extremely high demand means the goods are being immediately sent to the retailers. The demand is such that there is no time to build stock.

Another trend here that we’ve observed in recent years, unrelated to the rise in energy costs, is the portfolio of clients we have. We serve wholesalers, supermarkets and hypermarkets. The discounters are nonetheless doing better in terms of volume by some distance.

We can see movement from supermarkets to discounters. In Poland the likes of Biedronka, Netto and Aldi are all doing quite well. It’s a trend that’s been strengthened by COVID, and now with energy costs, everybody’s trying to save even more money by going to discounters rather than expensive supermarkets.

How could the situation change the cold-chain market in Poland? Could some smaller operators in the sector be lost for good?

Yes, I’m quite convinced this will happen. I am afraid that in the next 12-18 months quite a lot of businesses in Poland will be hit very hard by the current difficult situation.

Like I mentioned, small producers who offer a niche product or some regional products and so on will struggle compared to the large manufacturers who can benefit from economies of scale. I worry for the small producers, and in our sector, logistics and distribution, I think local wholesalers could encounter similar problems.

These companies have relatively less efficient warehouses, which means higher electricity bills. They often have older installations. For example, they may be using ammonia technology rather than Freon technology. In terms of productivity, the two produce completely different results.

Another factors are labour and fuel, which are becoming much more expensive. We do have a lot of automation already, like automatic sorting machines or good route planning for drivers to minimise distance driven

I think the small distributors who have survived over the past year courtesy of a niche or a unique selling proposition could really have a problem. They are simply missing scale.

Fortunately, we are a large company that has invested a lot in recent years. As a large operator working with large producers, I don’t see us being impacted negatively. I think the market will consolidate.

If the expected increases in energy and labour costs materialise, how will that impact transport and warehousing costs and thereby contribute to inflation?

As for how the higher price of energy and logistics will influence inflation, there are 3 factors that shape our pricing. Firstly, we have storage, which will go up nearly 100% because of the electricity cost. Due to this, the price to store a pallet will also go up 100%. That’s really incredible.

Another factor is handling, here labour costs are increasing by 15%-20%. Then, you have transportation and distribution where the increased price of fuel has a big impact too. Compared to last year, there’s been an increase of around 20-25% as well.

All of these things together equate to a higher total logistics cost for our customers of approximately 20%-25%.

The question is how much that will impact the cost of the items we see in stores. I genuinely don’t know how much of the logistics price increase retailers will be able to absorb. My rough assumption would be that if our prices go up 20%, products in stores will cost 2% more.

Finally, is there anything positive that may emerge once we come out of this tough period?

I suppose the silver lining is that companies will be forced to make even more investments in energy saving or ways of producing their own green energy.

I think it’s great that the companies who have done this already are benefiting strongly from these investments and that those who haven’t will need to do so as soon as possible.

That’s good for our carbon footprint and for the image of our sector, because the logistics sector is often viewed as creating air and noise pollution.

Unfortunately, as regards large trucks, there is no possibility at the moment to go fully electric. We have already done a few tests and there is no manufacturer producing large trucks with a range over 200 kilometres with temperature controls. The batteries simply aren’t strong enough yet.

It’s just a question of time before it will be possible though. Nowadays, almost all of the trucks revealed at trade fairs are electrical. I hope that in the next three years, the battery revolution will mean the picture is very different to today.

That would be great and it’s certainly something we look forward to.