Derbyshire Police have arrested eleven men and recovered two cloned HGVs and a stolen lorry in an operation to target cargo thefts and freight crime across the country. 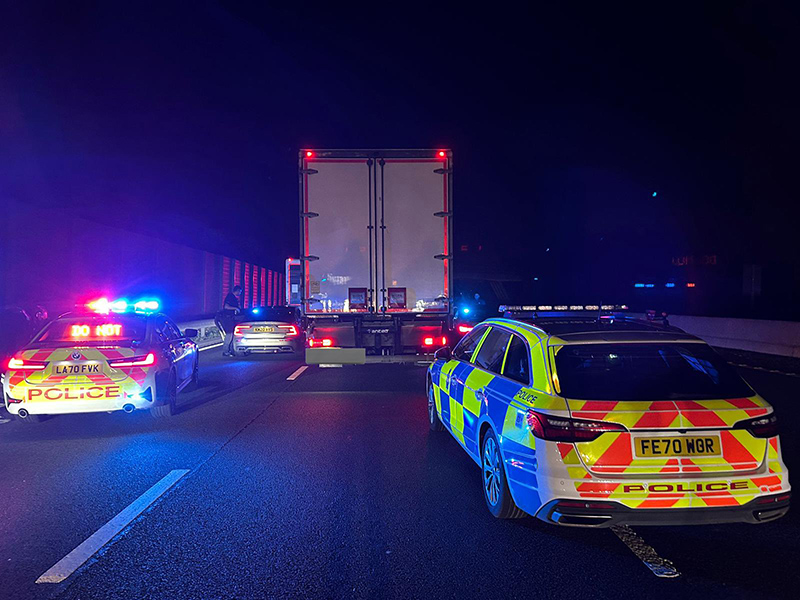 A number of other vehicles were also seized due to document, driving or traffic offences, the announcement adds.

“The aim of the operation was to deter crimes affecting freight on our roads with increased patrols in hot-spot areas such as lay-bys or parking areas on major routes through our county, while sharing information and existing intelligence to target travelling criminality,” said PC Johnathan Terry, who helped coordinate the operation in Derbyshire.

The police also found that because of Derbyshire’s location, a lot of lorries stop in the area to overnight, and while most do so without any issues, there is also an increased risk of HGVs being targeted.

“Working alongside other police forces in our region has helped us to achieve a successful operation to target crimes which not only has an impact on businesses, but for drivers who may fear being hurt and all of us who may see increased prices for goods and disruption to supply chains.

The operation saw officers working to help deter criminal gangs from targeting delivery lorries by ensuring police are present in hot-spot areas, especially during the evenings, and sharing details of reports and information across borders.

“We will be continuing to work to keep our roads safe, and further similar operations are being planned for the future,” the officer reassured public.

The police have called on drivers to contact them if they notice any suspicious activity, or have any information about crime in Derbyshire.

In case of a non-emergency, feel free to reach out to Derbyshire Constabulary on any of the following contacts:

Drivers can also anonymously contact the independent charity Crimestoppers, on 0800 555 111, or by visiting the CrimeStoppers website: https://orlo.uk/YOLfj

If a crime is in progress or life is in immediate danger, the number to call is always 999.