You can read this article in 6 minutes

The cargo bike sharing scheme OurBike was born to give businesses and residents a viable sustainable transport alternative in the midst of the increasing challenges of last-mile delivery. In this Trans.INFO exclusive, Alper Muduroglu, founder of OurBike, shares his motives behind the launch of the scheme and explains why it is beneficial for businesses to give cargo bikes a go. 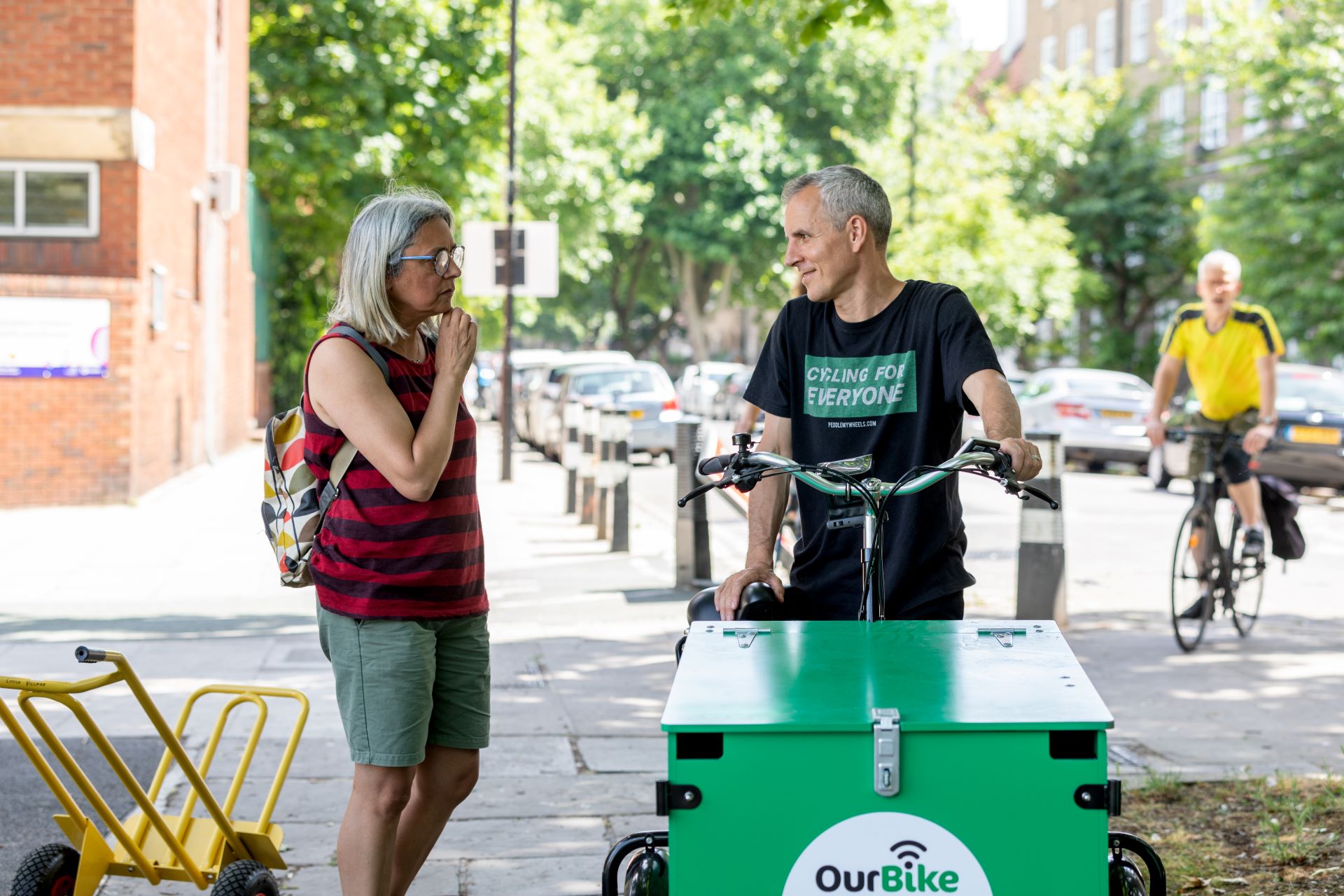 Retail e-commerce sales in the UK reached £129bn in 2021, which represents a significant 73 per cent increase from 2019. According to Insider Intelligence’s UK Ecommerce Forecast, by 2025, e-commerce will account for 38.6% of total retail sales in the UK. While carriers welcome the growth, climate targets and the increasing consumer demand for sustainable last-mile deliveries are putting extra pressure on the last-mile delivery sector.

However, a cargo bike share scheme in the London borough of Wandsworth, which was launched as recently as this August, is aiming to raise awareness of sustainable and responsible delivery solutions by offering cargo bike hire for free for a limited time.

The OurBike scheme is a collaboration between several councils in London (namely Islington, Southwark, Lambeth, Richmond, Wandsworth, Hammersmith & Fulham, Camden), bike operator Peddle My Wheels, and local businesses. The project gives residents and businesses the chance to hire cargo bikes for up to two hours each day for free, with journeys exceeding this charged at £5 per hour. The bikes can be used to transport up to two children or large cargo items such as parcels and shopping. In either case, the bikes offer a sustainable alternative to private vehicles.

Founder Alper Muduroglu, who also runs the second-hand bike business Peddle My Wheels, told Trans.iNFO that the idea of the community cargo share project came when he realized that the cost of electric bikes deterred businesses from giving them a go.

The aim of the scheme is to give businesses and residents a viable sustainable transport alternative. OurBike removes the barriers of cost and storage, and even offers training for using the cargo bikes if people are concerned about safety.

According to Muduroglu, there are a couple of reasons why the OurBike shared scheme can benefit businesses. Firstly, it suits businesses who do not think they will use an electric cargo bike on a regular basis. In addition to that, it is a good way of testing out a cargo bike before investing in purchasing

The scheme is pretty simple. The user downloads the OurBike app, a new version of which is due to be launched in early 2023. This includes adding debit or credit card details and uploading a photo ID such as a driver’s licence. The person is then a member and this means they can reserve their bike of choice and use the app to unlock the smart lock on the bike. Once the member has finished their ride, they return the bike to its parking location and take a picture in the app of the locked bike.

When asking whether businesses need any kind of insurance to cover accidents or thefts, Muduroglu says the only insurance required is optional and this is third-party insurance. This insurance covers the member if they were to injure or damage a third party. All other insurance is covered by the scheme’s policy.

As the scheme is pretty fresh, it is early to speak about clear success, but Muduroglu says there has been decent interest in the project.

“Approximately 10 per cent of OurBike use is business use. This is mainly tradespeople and sole traders such as electricians, plumbers as well as dog walkers, personal traders and gardeners. We also have businesses such as cafes and restaurants using it to move stock between branches.”

Knowing the narrow, hilly and yet busy streets in England, some may fear that British roads are not easily manageable with cargo bikes. But according to Muduroglu, there’s no need to feel like that.

“Obviously it depends on the location, as some London boroughs are more cycle friendly than others, but generally the routes available are good and safe. The advantage of a cargo bike is the size, which means motor vehicles treat them more like they would another motor vehicle and give them plenty of space. The hills are negotiated using the electric motor.”

At the moment, OurBike has got 20 cargo bikes under the scheme. When it comes to the global climate crisis, does it count? Can these cargo bikes make a change?

“The scheme is part of a broader strategy to give business options to move to sustainable transport. My own business uses electric vans, occasionally one large diesel van and electric cargo bikes. It depends on the job required and so we want to provide businesses with options so they can choose the cheapest and most efficient mode of transport for the job at hand” Muduroglu says.