You can read this article in 7 minutes

A lorry driver has been sentenced to eleven-and-a-half years in prison after admitting to two counts of wounding with intent. The case concerns an incident at Ashford International Truckstop in which the aforementioned driver attacked two fellow truckers with a knife after a row broke out. 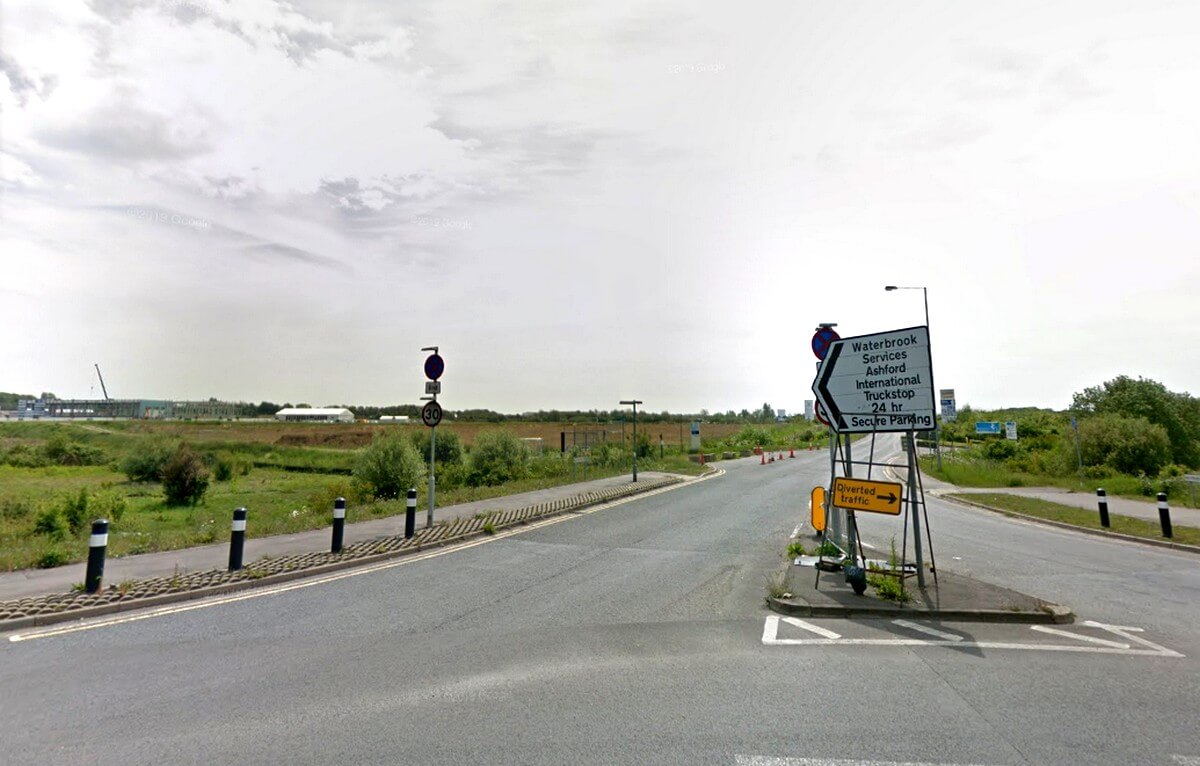 According to Kent Online, who reported on last Thursday’s hearing at Canterbury Crown Court, the incident occured on Friday, May 20th of this year.

The report states that the lorry driver guilty of the attack, French national Anthony Chiri, arrived at Ashford International truckstop at around 11pm. While in a cafe at the truckstop, Mr Chiri is then said to have confronted fellow drivers who were watching football on the TV.

That sparked a row in which the French national was pushed over. Prosecutor Paul Edwards is quoted as saying Mr Chiri then lay in wait under a trailer armed with a blade.

“After more than a minute the defendant came out and charged towards (one driver) and Geoffrey Telliez saying ‘I’m going to put it in you,’” said Edwards, as quoted by Kent Online.

“Mr Telliez reached into the cab of his lorry and grabbed a jack which he was hoping to use to defend himself, but as he turned around, the defendant stabbed him in the right shoulder with the knife.”

The court heard that the stab wound went straight through Mr Telliez’s shoulder. Mr Chiri then stabbed Mr Telliez again in his shoulder and arm.

Before running for security, Mr Telliez managed to block further attacks from Mr Chiri, who is said to targeted his stomach and back.

It didn’t end there either, as when another driver, Mr Elvis Flahaut, confronted Mr Chiri, the latter grabbed Mr Telliez’s jack and swung it at Mr Flahaut’s jaw – knocking him to the ground.

Mr Chiri then attacked Mr Flahaut with his fists and stabbed him in the arm.

As the Kent Online report explains, Mr Chiri’s victims both required emergency treatment for their injuries. Mr Telliez had an entrance and exit wound on his shoulder, as well as a chin injury. Mr Flahuat, meanwhile, suffered a wounded elbow that required 56 stitches.

After pleading guilty to the attacks, Mr Chiri, who has no fixed address, was sentenced to eleven-and-a-half years in prison.

Unfortunately, shocking incidents such as these are becoming more visible in lorry parks across Europe, particularly at weekends.

Trans.INFO has been recording news of these disturbing incidents since spring 2021, as you can see in the table below.